Visual Paradigm Community Edition was launched since 2004 to provide a free UML software for sole non-commercial purpose, supporting users who was making their first steps in UML modeling, and who need a free and cross-platform UML modelling software for personal use, such as applying UML on student projects.

We are adopted by over 1 Million installations around the globe, and is still growing. 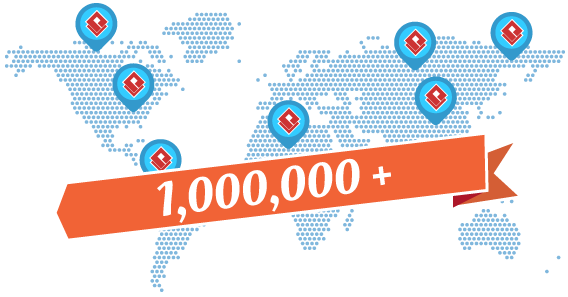 What is Entity Relationship Diagram?

Entity Relationship Diagram, also known as ERD, ER Diagram or ER model, is a type of structural diagram for use in database design. An entity-relationship (ER) diagram is a graphical representation of entities and their relationships.

Entities are the things we need to store data about. It's an aspect of your business that needs to be stored, such as a book or author, customer or publisher, for example.

In the diagram, entities are represented by boxes with lines consist various attributes. entities link up each other according to the relationships between them or how they interact with each other. Relationships are sometimes referred to as cardinalities, which describes the interactions numerically but let's simply call them relationships.

Deep insight to the information that needs to be contained in the database.

Visual representation is very easy to learn and understand.

It serves as a documentation tool. 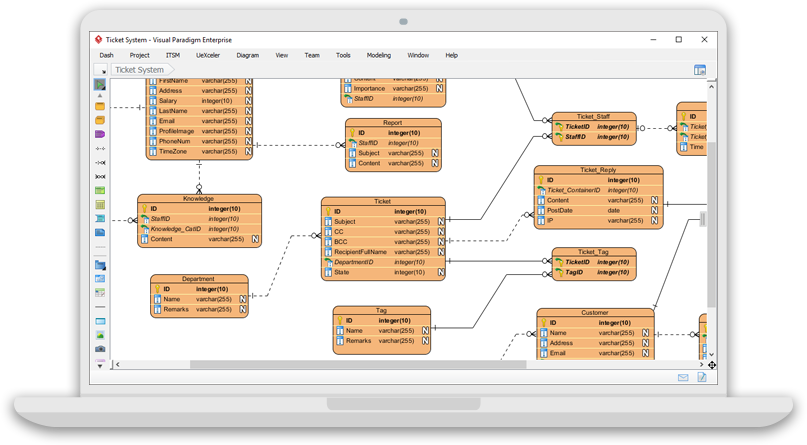 It is used to represent and communicate the logical structure of the database to the non technical users.

Very easy to transfer the construct into the relational tables.

Acts as a blueprint of a database.

But even with all these benefits above, Visual Paradigm Community is free for all sorts of non-commercial use, since 2004, and for now & forever!

Visual Paradigm also provides the following advanced database modeling features so as to help you simplify your application development, which is only available in commercial editions:

Traditionally developers spend a lot of effort in saving and loading objects between memory and database which makes the program complicated and difficult to maintain. Visual Paradigm simplifies these tasks by generating a persistence layer between object and data models.

Visual Paradigm provides a true model driven platform for application development. Visual Paradigm allows developer not only to start from creating the models by using UML Class Diagram or Entity Relationship Diagram tools (ERD tools) to generating the executable persistence layer from the models, but also to modify the entity-relational model which comes from reverse engineering an existing database, transform into object model and generate persistence layer. With the sophisticated model-code generator, the persistent model will be updated automatically according to any modification.

Visual Paradigm is not only a standalone application, but also integrated to the major Integrated Development Environments (IDEs), including Eclipse, NetBeans, IntelliJ IDEA and Visual Studio, which results in streamlining the entire model code- deploy software development process.

Who's using this great UML software?

Visual Paradigm are trusted by over 230,000 people in companies ranging from small business to Fortune 500 companies, universities and government units.