What is Object Diagram? 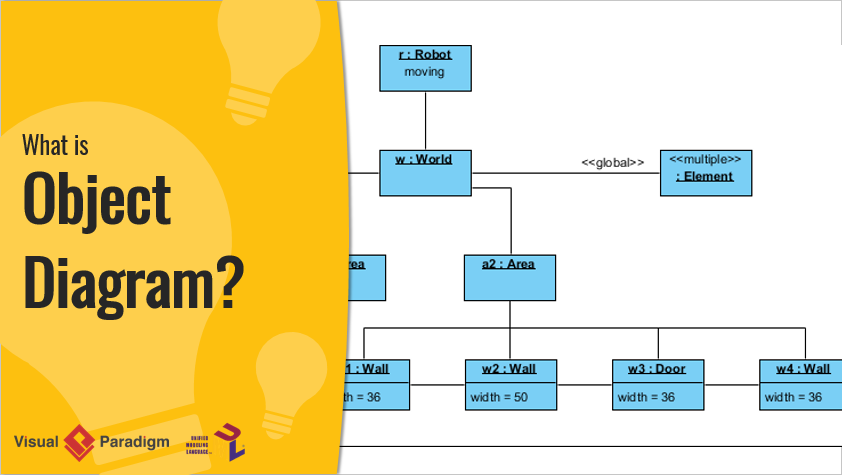 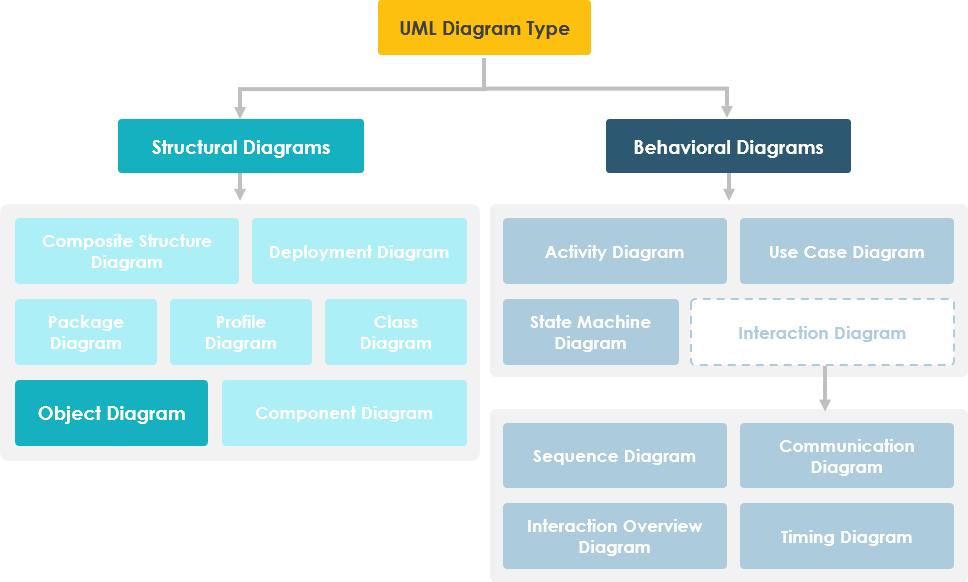 The use of object diagrams is fairly limited, mainly to show examples of data structures.

Object Diagram at a Glance

The following Order Management System shows their relationships. This small class diagram shows that a university Department can contain lots of other Departments and the object diagram below instantiates the class diagram, replacing it by a concrete example.

In UML, object diagrams provide a snapshot of the instances in a system and the relationships between the instances. By instantiating the model elements in a class diagram, you can explore the behavior of a system at a point in time. 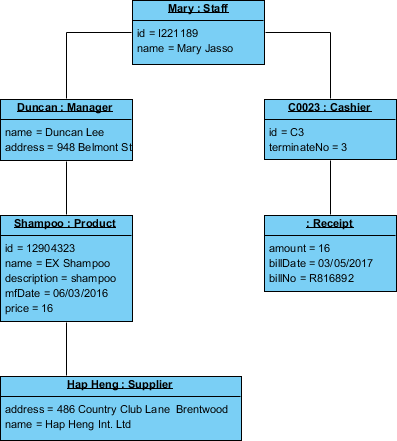 Similarly, expose the links among these objects, representing instances of associations among them.

As this figure indicates, one object represents the robot itself (r, an instance of Robot), and r is currently in the state marked moving. This object has a link to w, an instance of World, which represents an abstraction of the robot's world model. This object has a link to a multiple objects that consists of instances of Element, which represent entities that the robot has identified but not yet assigned in its world view. These elements are marked as part of the robot's global state.

At this moment in time, w is linked to two instances of Area. One of them (a2) is shown with its own links to three Wall and one Door object. Each of these walls is marked with its current width, and each is shown linked to its neighboring walls. As this object diagram suggests, the robot has recognized this enclosed area, which has walls on three sides and a door on the fourth. 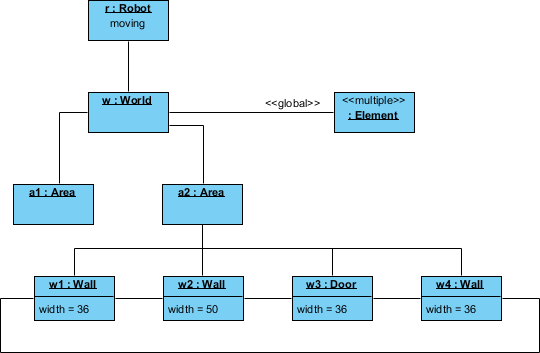 Besides showing the objects' state at a particular point in time, an object diagram can also be used to represent the occurrences of interactions between classes in runtime. The result looks a bit like a communication diagram. The figure below provides an example of such a class diagram and its corresponding object diagram: 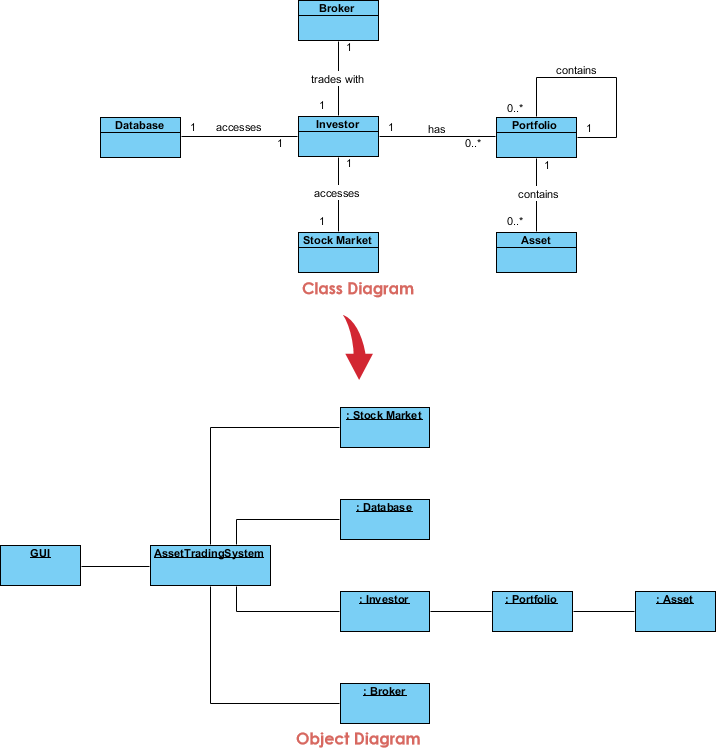