What is Class Diagram? 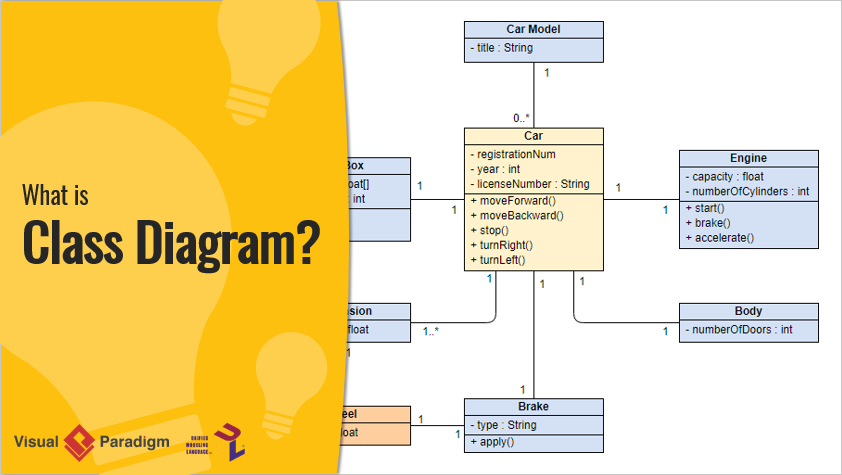 In software engineering, a class diagram in the Unified Modeling Language (UML) is a type of static structure diagram that describes the structure of a system by showing the system's classes, their attributes, operations (or methods), and the relationships among objects. 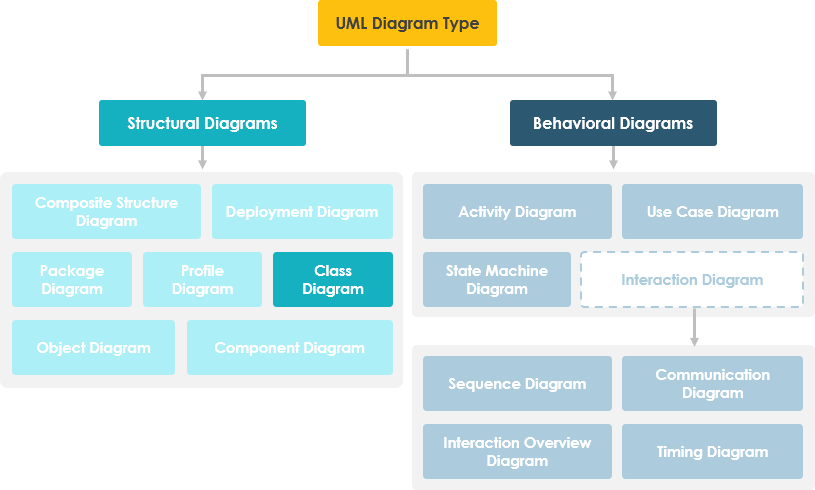 A UML class diagram is made up of:

What is a Class

A description of a group of objects all with similar roles in the system, which consists of:

The graphical representation of the class - MyClass as shown above:

A class may be involved in one or more relationships with other classes. A relationship can be one of the following types: (Refer to the figure on the right for the graphical representation of relationships).

The arrows indicate whether, given one instance participating in a relationship, it is possible to determine the instances of the other class that are related to it.

The diagram above suggests that,

Visibility of Class attributes and Operations

In object-oriented design, there is a notation of visibility for attributes and operations. UML identifies four types of visibility: public, protected, private, and package.

In the example above:

Access for each of these visibility types is shown below for members of different classes.

How many objects of each class take part in the relationships and multiplicity can be expressed as: 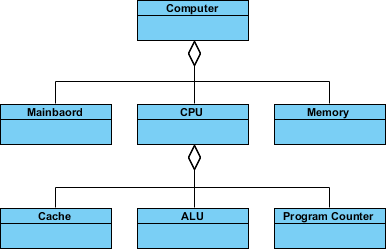 A class diagram may also have notes attached to classes or relationships. Notes are shown in grey.

In the example above:

We can interpret the meaning of the above class diagram by reading through the points as following.

Inevitably, if you are modeling a large system or a large business area, there will be numerous entities you must consider. Should we use multiple or a single class diagram for modeling the problem? The answer is: