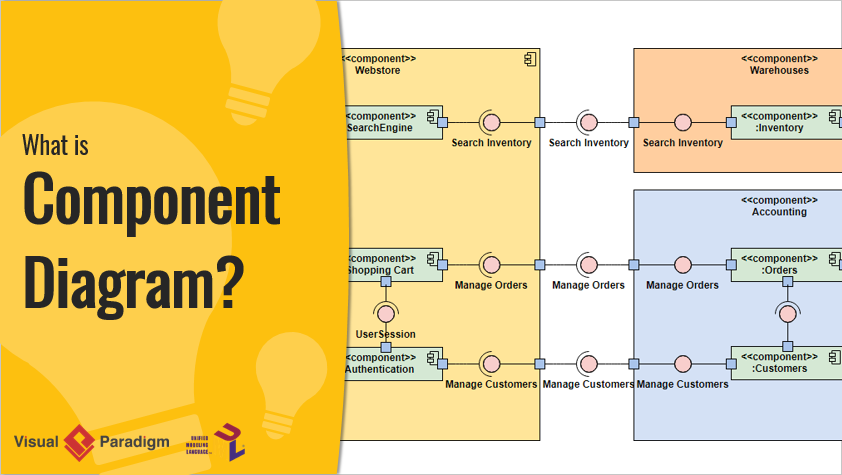 UML Component diagrams are used in modeling the physical aspects of object-oriented systems that are used for visualizing, specifying, and documenting component-based systems and also for constructing executable systems through forward and reverse engineering. Component diagrams are essentially class diagrams that focus on a system's components that often used to model the static implementation view of a system. 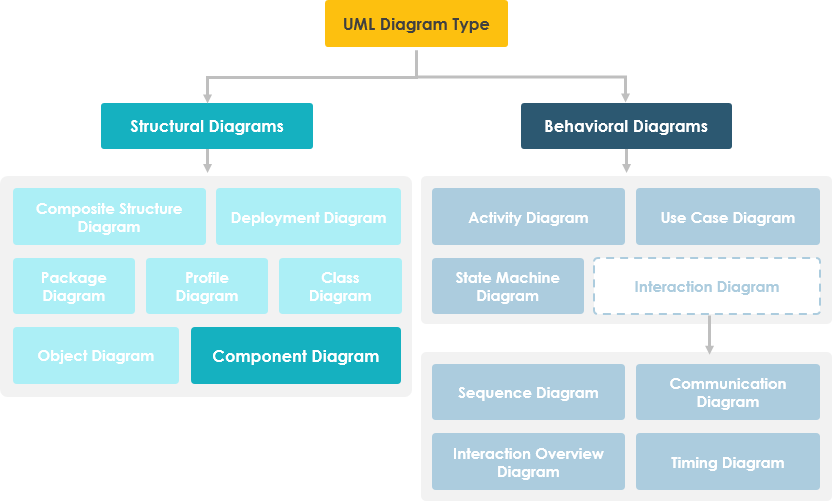 Component Diagram at a Glance

A component diagram breaks down the actual system under development into various high levels of functionality. Each component is responsible for one clear aim within the entire system and only interacts with other essential elements on a need-to-know basis. 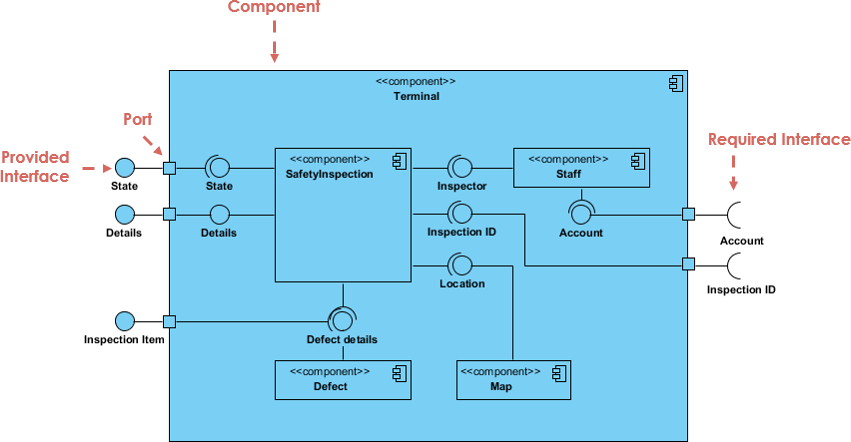 The example above shows the internal components of a larger component:

A component represents a modular part of a system that encapsulates its contents and whose manifestation is replaceable within its environment. In UML 2, a component is drawn as a rectangle with optional compartments stacked vertically. A high-level, abstracted view of a component in UML 2 can be modeled as:

In the example below shows two type of component interfaces:

Provided interface symbols with a complete circle at their end represent an interface that the component provides - this "lollipop" symbol is shorthand for a realization relationship of an interface classifier.

Ports are represented using a square along the edge of the system or a component. A port is often used to help expose required and provided interfaces of a component.

Graphically, a component diagram is a collection of vertices and arcs and commonly contain components, interfaces and dependency, aggregation, constraint, generalization, association, and realization relationships. It may also contain notes and constraints. 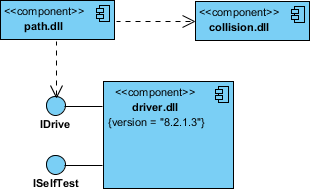