In computing, code generation is the process by which a compiler’s code generator converts some intermediate representation of source code into a form (e.g., machine code) that can be readily executed by a machine.

In the context of UML, it means that the user creates UML diagrams, which have some connected model data, and the UML tool derives from the diagrams part or all of the source code for the software system. In some tools the user can provide a skeleton of the program source code, in the form of a source code template, where predefined tokens are then replaced with program source code parts during the code generation process.

Reverse engineering in this context means, that the UML tool reads program source code as input and derives model data and corresponding graphical UML diagrams from it (as opposed to the somewhat broader meaning described in the article “Reverse engineering”).

Round-trip engineering refers to the ability of a UML tool to perform code generation from models, and model generation from code (a.k.a., reverse engineering), while keeping both the model and the code semantically consistent with each other. 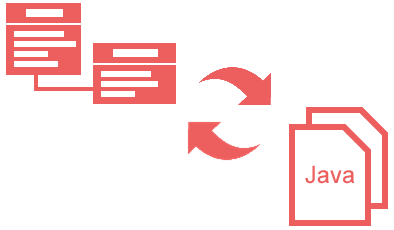