In project development, the model elements may quickly reach a large number that makes it necessary to somehow structure them, even for small development projects. Similar to how a group of files in folders and directories on the hard disk, packages take care of the model structure. The package diagram shows the packages and their relationships.

A package diagram is typically used for the following ways: 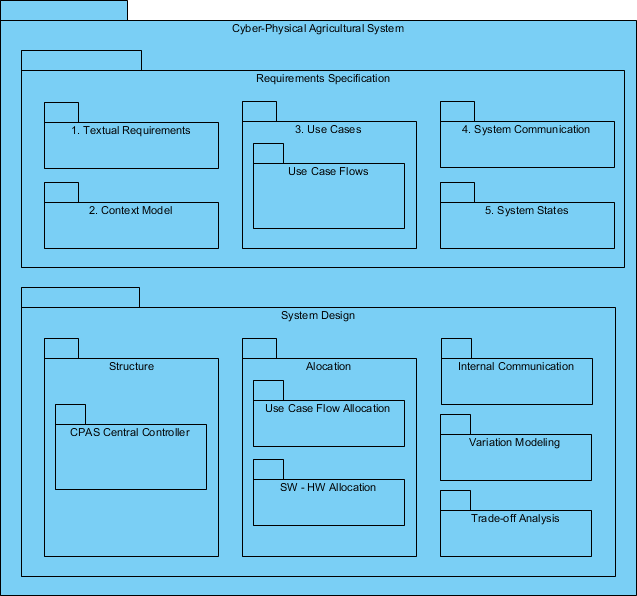 The package diagram, labeled pkg, is used to organize the model elements contained in the model. In this diagram, the System Model appears in the diagram header and contains packages for Requirements, Behavior, Structure, and Parametrics. Each of these packages, in turn, contains model elements that are presented on the requirement diagram, activity diagram, block definition diagram, internal block diagram, and parametric diagram, respectively. Note that model elements for both the block definition diagram and internal block diagram are contained in the Structure package.

There are three major relationships model the dependency between packages:

Package import: Import all elements from another package to the namespace

Element import: Import one element from another package to the namespace 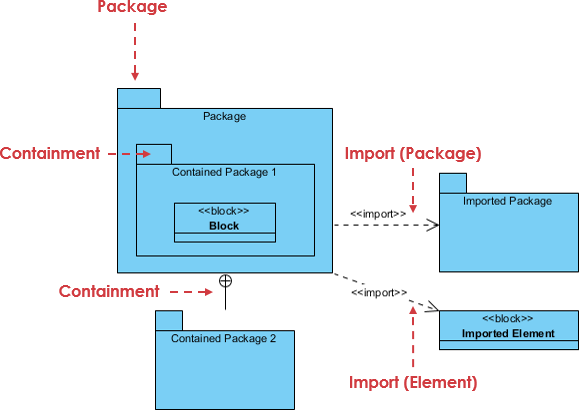 A Package is a generic grouping mechanism for organizing various model elements and related diagrams within a unique namespace. A SysML Package is capable of containing any arbitrary SysML model element, including (but not limited to) Blocks.

The package diagram below shows the structure of the model used to evaluate the sample problem. Model elements are contained in packages, and relationships between packages (or specific model elements) are shown on this diagram. The relationship between the views (OperationalView and PerformanceView) and the rest of the user model are explicitly expressed using the «import» relationship. 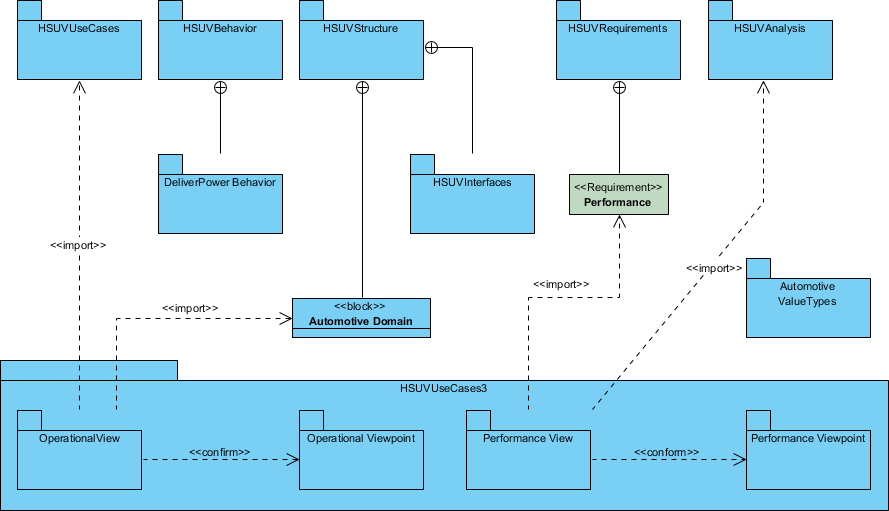 Note that the «view» models contain no model elements of their own and that changes to the model in other packages are automatically updated in the Operational and Performance Views. 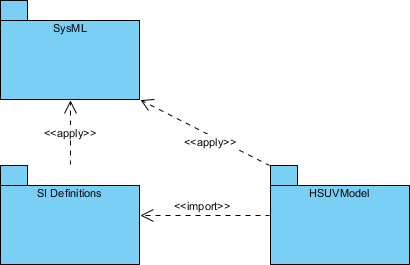