Scrum is a framework within which people can address complex adaptive problems, while productively and creatively delivering products of the highest possible value. Scrum itself is a simple framework for effective team collaboration on complex products.

Scrum and XP are both Agile approaches that share the common concepts of iterative development, working software, release and iteration planning, daily meetings, retrospective, all elements of an Agile process. Both approach are aligned each other that sometimes is difficult to distinguish between a team who is adopting XP while another team who is doing Scrum. 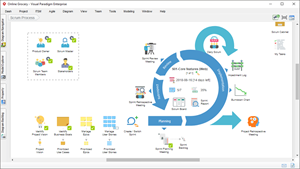 There are however some differences, some of them very subtle, and particularly in the following 4 aspects:

2. Whether requirements are allowed to be modified in an iteration

3. Whether User Story is implemented strictly according to priority in iterations.

4. Whether to adopt strict engineering methods to ensure progress or quality in the process of software implementation

We can summarize the differences between XP and Scrum as follows:

Therefore, we believes that XP’s approach is acceptable, but it brings Agile into a confusing paradox, because the idea of XP, combined with agile mode, conveys to the team the message that “you are a fully self-managed organization, but you have to implement TDD, pair programming, etc.”

It is not difficult to find that the four distinctions are quite obvious:

Scrum is a framework for product development, which is a container where you can add other practices. XP is one of those practices that you can do within Scrum framework. There are no reasons why a team should choose between Scrum and XP. XP rules and practices are not easy and the majority of XP rules are non-negotiable. Adding XP into Scrum could be a natural path for teams starting out with Scrum and striving to be a professional Scrum Team.