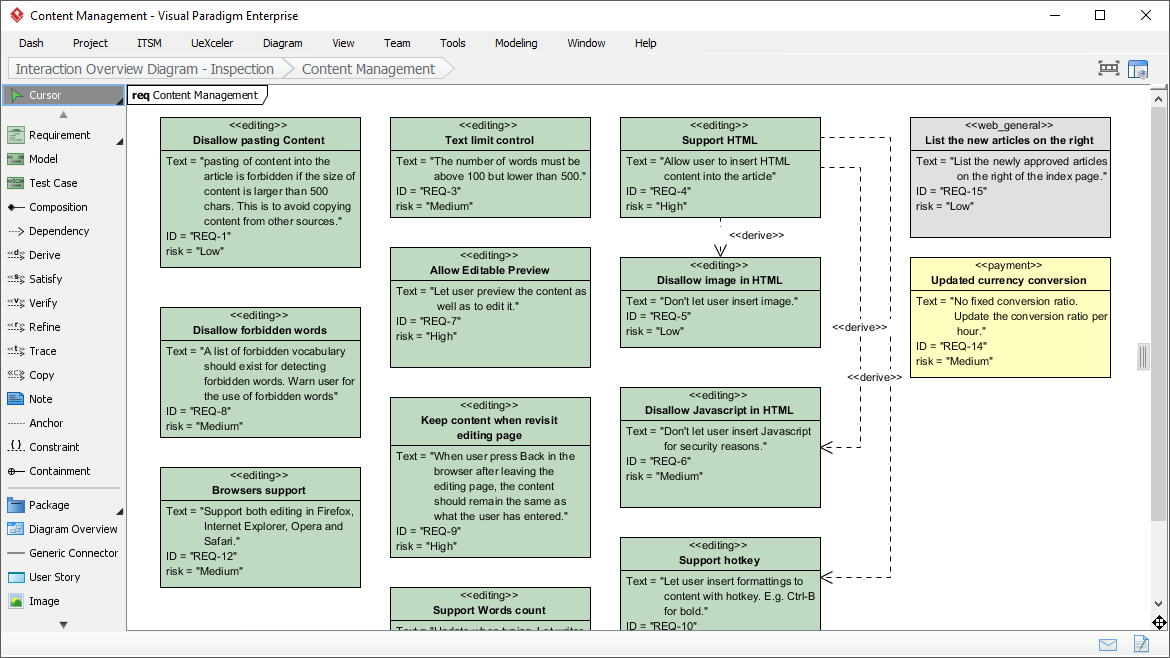 Visualize your system hierarchy. Define the system/component classifications in blocks to get a better picture of interconnections between these system components. 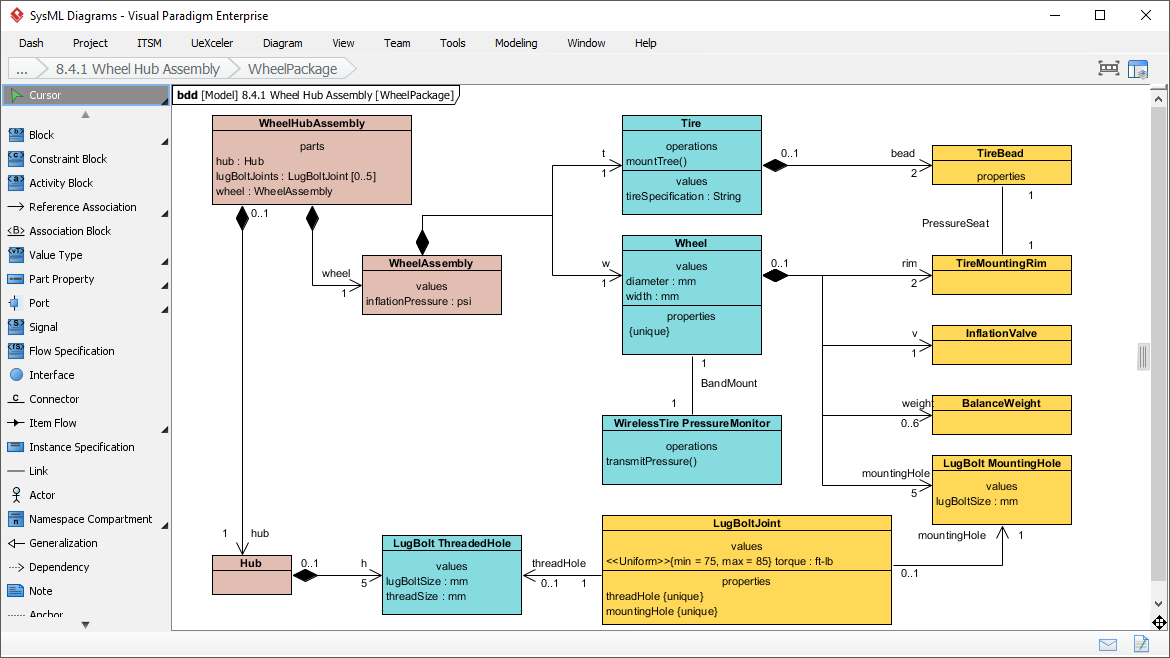 Take a closer look at your system design. Describe the internal structure of a system in terms of its parts, ports, and connectors. 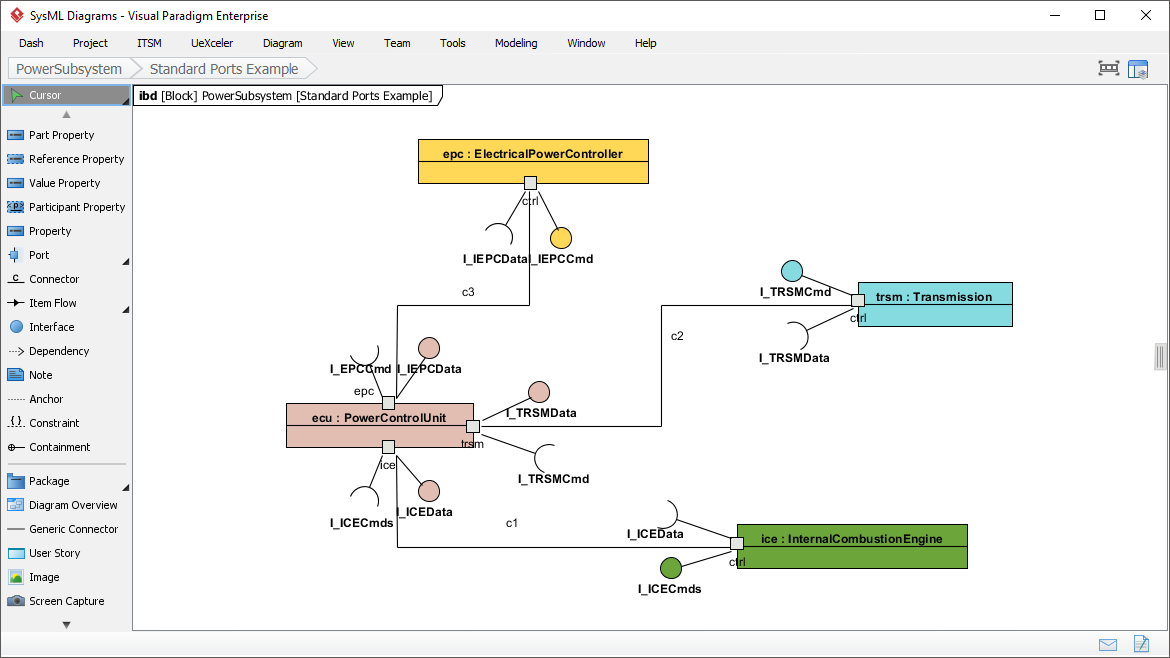 Parametric Diagram is a restricted form of internal block diagram that shows only the use of constraint blocks along with the properties they constrain within a context. Parametric diagram is used to support engineering analysis, such as performance, reliability, and mass properties analysis. 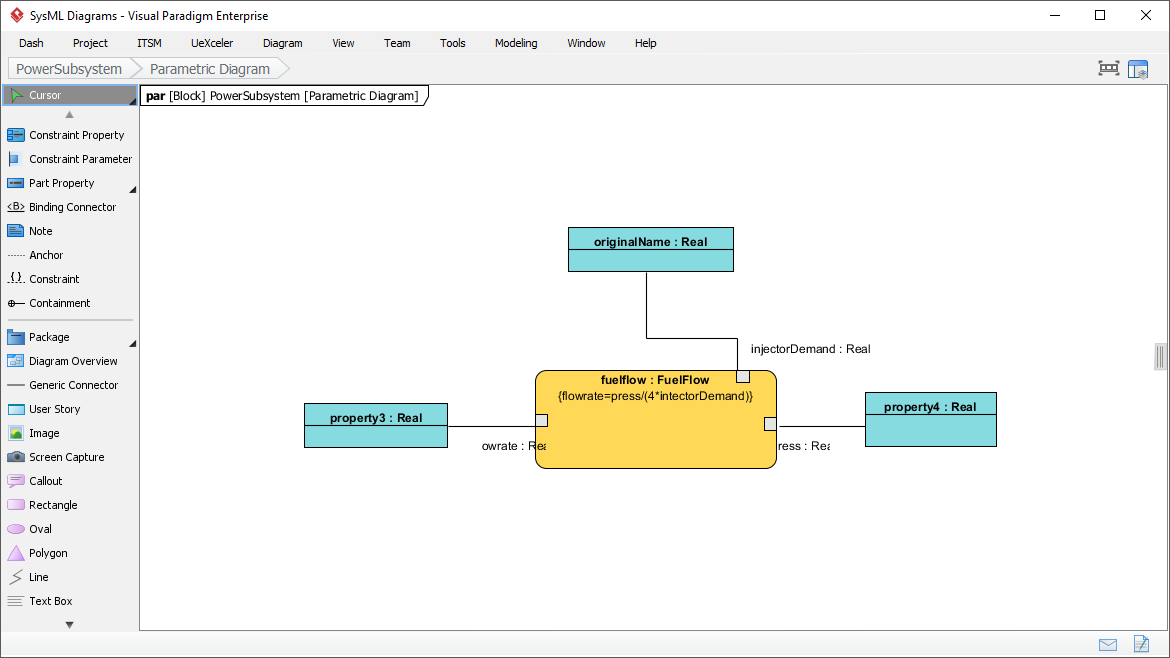 An activity diagram is used to specify a behavior, with a focus on the flow of control and the transformation of inputs into outputs through a sequence of actions. It is commonly used as an analysis tool to understand and express the desired behavior of a features, use case, or even the entire system. For example, an activity diagram is often be used to elaborate a number of possible use case scenarios, and that establish the traceability between a feature (use case model) and behavior model (activity diagram). 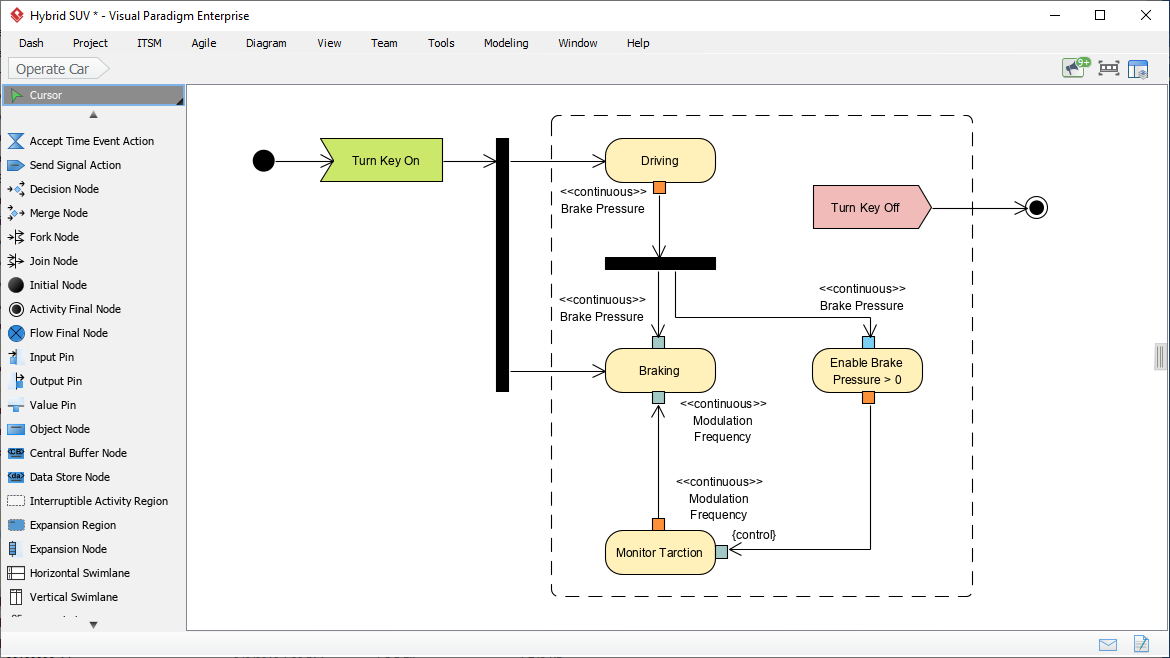 A sequence diagram is used to specify a behavior, with a focus on how the parts of a block interact with one another via operation calls and asynchronous signals. Sequence diagrams are commonly used as a detailed design tool to precisely specify a behavior as an input to the development stage of the life cycle. For example, a sequence diagram is often be used to show a particular example of operation of a System, in the same way as movie-makers may draw up a storyboard. A storyboard shows the sequence of events in a film before it is made. 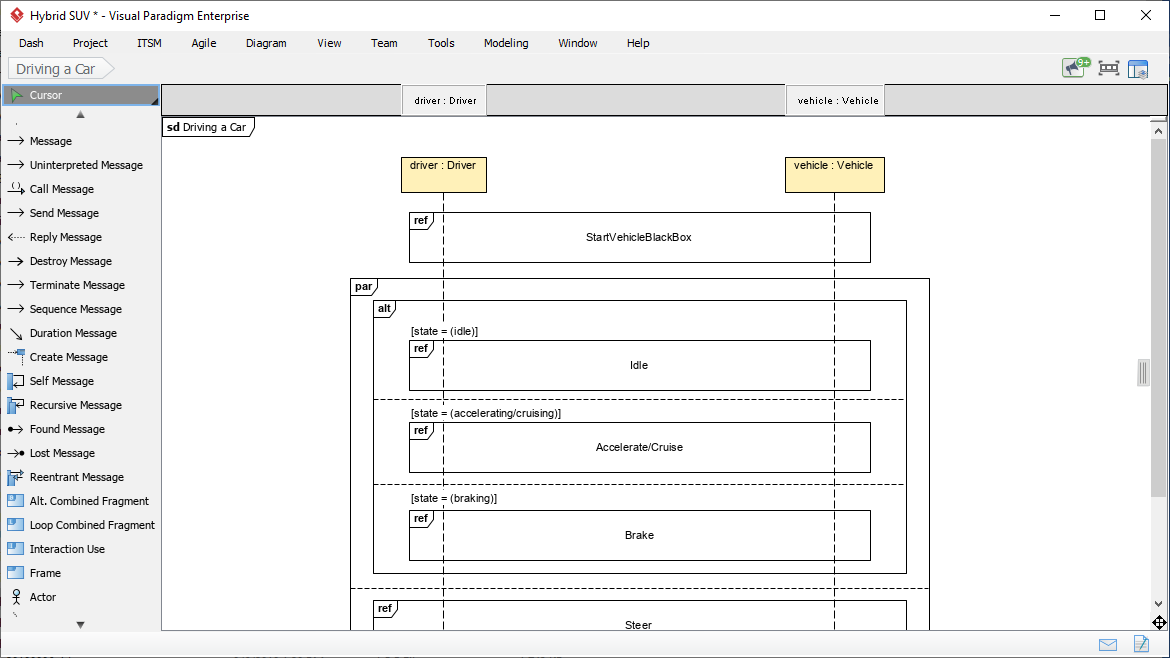 A State Machine diagram shows system behavior as sequences of states that a component or interaction experience in response to events. A State represents a significant condition in the life of a Block. For example, it is often used to describe how a block transitions from one state to another and defines what logical behavior (Activities/Actions owned by the Block) are performed when entering or exiting a State. State machines are useful for system design and simulation/code generation. 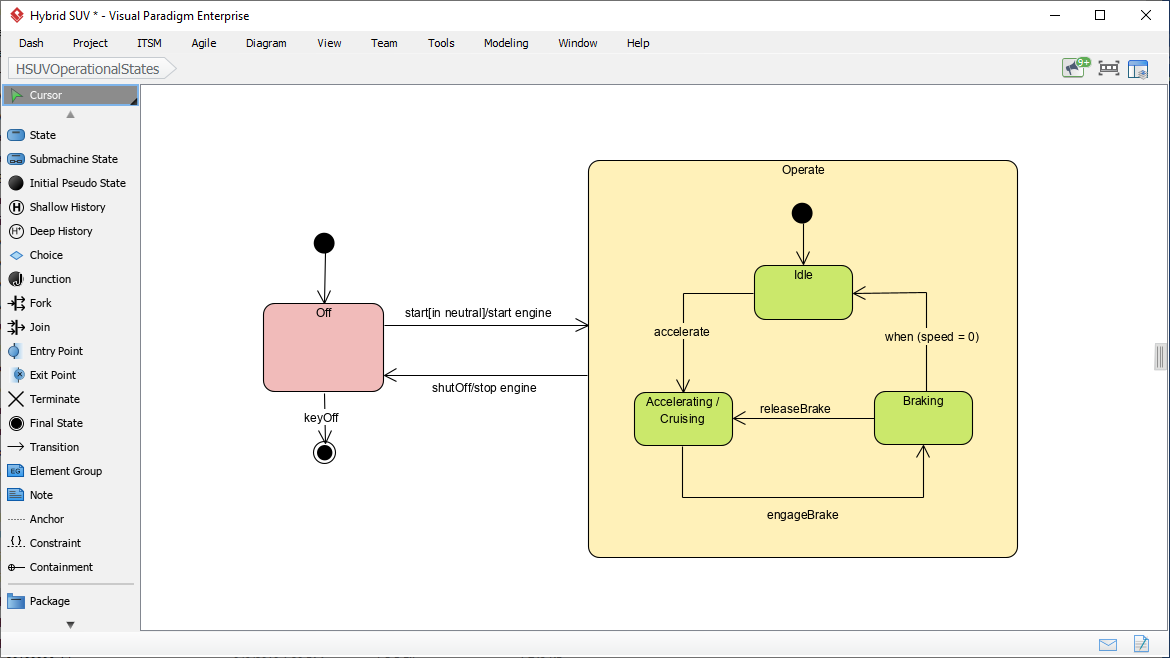 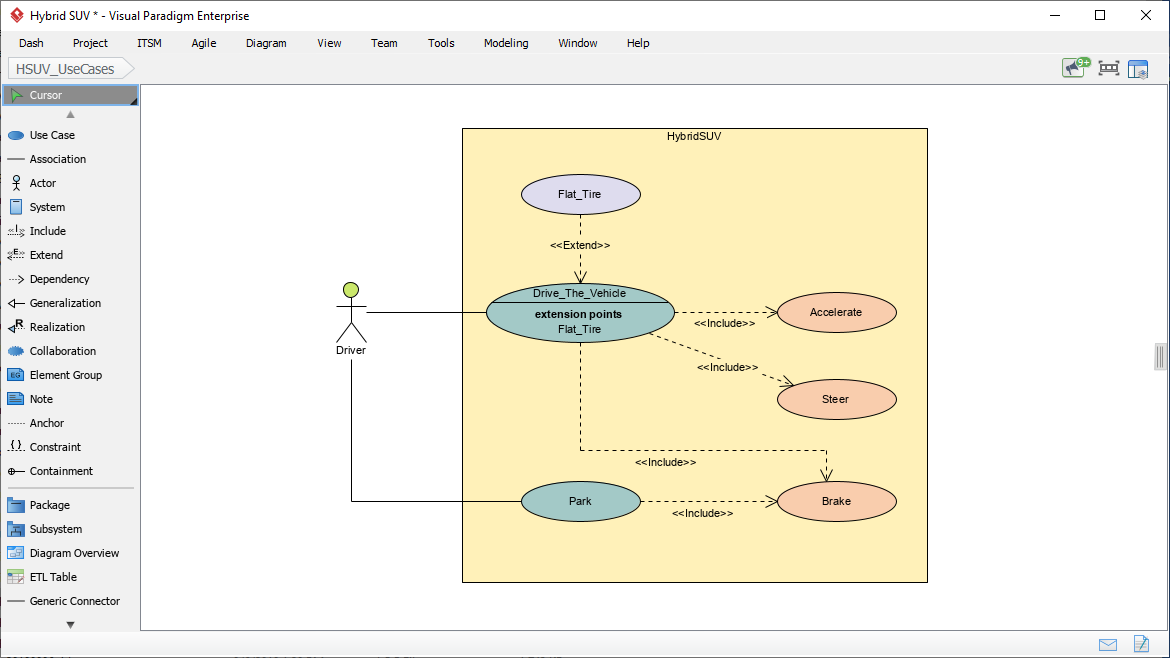 A package diagram is useful for displaying the way a model is organized in the form of a package containment hierarchy. It shows how a model is organized into Packages, Views and Viewpoints. A package diagram may also show the model elements that packages contain and the dependencies between packages and their contained model elements. It is useful for model management. 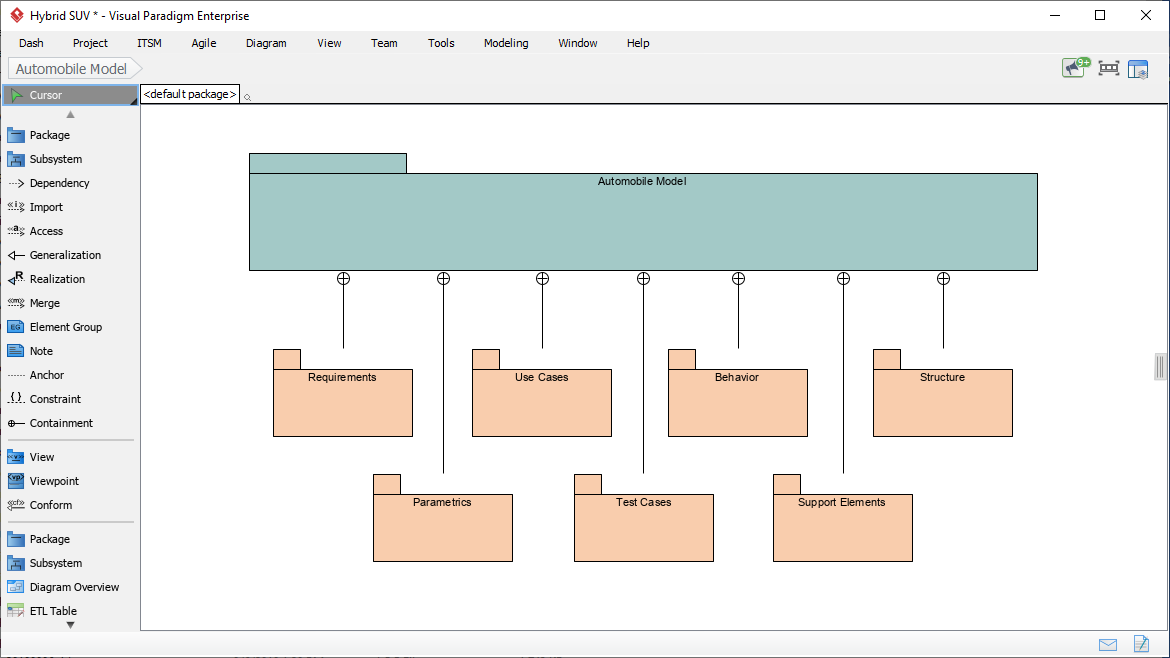